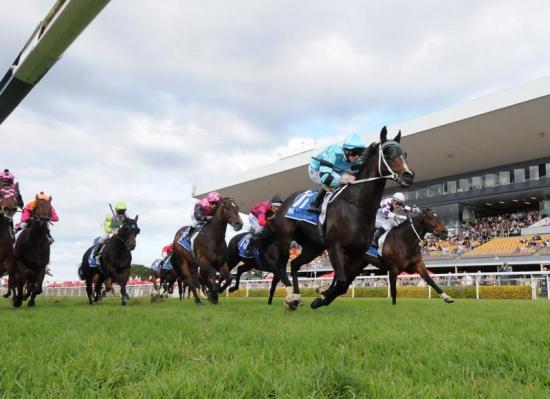 The Marc Quinn Racing establishment, celebrated their most memorable victory on Saturday the 25th of May, with Pentasia taking out the Listed Chief De Beers Handicap (1110m) at BRC Doomben.

A decision was made to scratch the 5yo mare, from the rain soaked Randwick meeting, to opt for the finer weather in Queensland, a decision that was rewarding to say the least.

Trainer Marc Quinn said "Its just a great feeling for the stable to take out a race like this, we've waited for an opportunity to arise, to display this mare in a major event, and she proved her worth".

Quinn added, "I'm delighted for owner Grant Briscoe, because he believed in the mare, and he believed in me, and as a result he has a black type mare.

Pentasia (7-1), jumped from gate 8 and was out with the first four, challenging for position. On settling jockey Christian Reith slid off the pace setters, to box seat behind the leading pair. From the top of the straight it was apparent that Rieth had called on his charge to repay some of the faith invested in her, and she responded to the call, accelerating to the front, as if the class field had paused, and with around 100m from home it was inevitable she was going to score, as she pulled away from Gundy Son (2nd), with Rocker (3rd) with the favourite Griffon coming home in 4th.

Trainer Quinn, said "Pentasia would most likely run next at Royal Randwick in the June Stakes (listed race), before setting our sites on the Ramornie in Grafton in 6 weeks".