Winning, Becoming a Culture, at Quinn’s 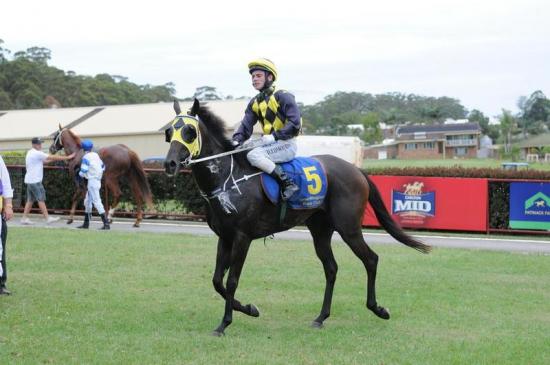 On Tuesday the 22nd of January at Port Macquarie, the impressive start to the 2013 calendar year for the Marc Quinn stables continued, with another impressive outing by 3yo bay filly Cultural.

The win takes Marc's latest winners to 11 from the stables past 18 runners a result Marc is very proud of and he will continue to strive for the best for his client base.

Cultural's win in the FCM ELECTRICAL CLASS 1 HANDICAP 1206m  was very exiting due to the fact that winning your maiden can be hard to achieve and some times you may take a few race starts to achieve that or in some cases you may never break your maiden status, but in the case of Cultural, she only took 4 runs to crack her maiden and in doing so, put her rivals to the sword, with an emphatic win by over 4 lengths, the next step for her was the rise up to the class 1 ranks where loads of thoroughbreds haven't been able to gain results in this department, but yet again Cultural showed she just might have what it takes to climb the grades, As she was loaded into the barriers and skippered by Daniel Edmonds, with whom the Quinn stable has had good results with of late.

Awaiting the starters button, the thoroughbreds leapt  from the gates and the only number the race caller could see through his binoculars was the no 5,who seemed to anticipate the gates, shooting to the lead, and although the runners behind her were making a race of it, Cultural wanted to get back to greet the owners as quick as she could, and once again took the next step with authority, winning the race by just under 2.5 lengths.

Marc commented after the win that "there were a couple of option's to ponder with this filly,we could look to go to a class 2 event within the next 7 – 14 days or being an Inglis sale horse we could put her through some water therapy over the next couple of weeks and steer towards the Inglis series of races, its a nice position to be in considering this horse didn't really show to much early, but when we asked her to lift her work rate and put the pump into her, she really took it all in her stride and at the moment is displaying the attributes of being a nice horse for all concerned."