Storm Ahead Wins Wauchope Cup In First Run For The Stable 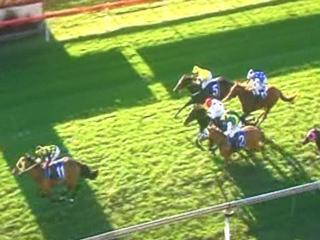 Newcomer to the Marc Quinn Stables, Storm Ahead took out the Wauchope Cup on Sunday, 15th of June with a dominant display with Andrew Adkins aboard leaping from barrier one.

On leaving the gates Adkins had is charge out nicely and on settling took up the role as pace setter, past the 1200m on settling Another Charger was second, Save A Buck travelled on the rail in third with Single Spirit on its outer.

Coming to the turn Andrew took the beautifully prepared Storm Ahead to the outside fence in search of the better going on the Heavy 8 strip, and was full if running, with only the bravest wanting to back anything else as the order of runners seemed unchanged since settling.

Coming to the line it was a barrier to box victory for Storm Ahead and jockey Adkins with 2.5 lengths to the fast finishing Scottish Border with the fav Single Spirit some 2.7 lengths away and Winning Review a further neck away.

Congratulations to the ownership group consisting of