Stradance Breaks Her Maiden In Fine Style At Port 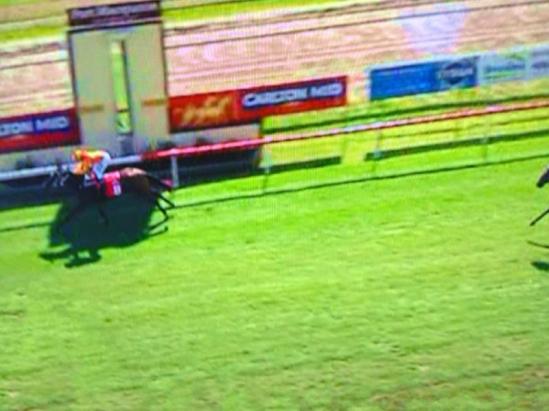 Three-year-old Bay Filly Stradance made her way to her home track of Port Macquarie on Tuesday, 22nd April in a three-year-old maiden handicap over 1200m, with Stradance making the most of  Andrew Adkins, with 4kg coming off the 56kg assigned.

As the gates flew back Stradance jumped better than anything, and from the wide barrier (14) Adkins seized the opportunity to bring the filly across to sit just off the plastic in the box seat.

On settling Stradance was six lengths clear of the field with only one thoroughbred showing any cause for doubt in Playing Game sitting just off the hip of the Filly coming to the turn.

On straightening the beautifully prepared Marc Quinn runner was around six lengths clear and with 200m to go Stradance kicked away, and was eased down on the line, to pose for the photographers image, taking out the event by around 4 lengths.

Congratulations to the owners of Stradance consisting of Mr R Kirwan and Mrs S Kirwin on a truly professional effort.