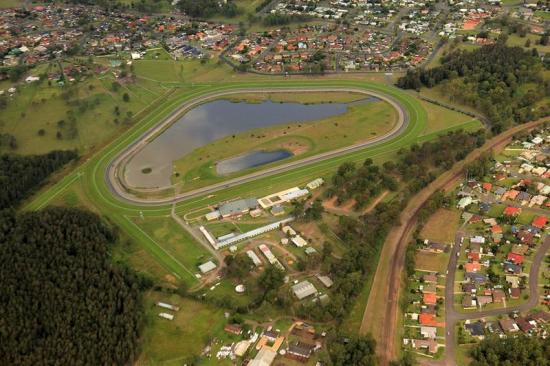 The Marc Quinn Racing Team will send two thoroughbreds to the Taree Racing Club meeting, if conditions don't deteriorate on Tuesday, 29 April with the track currently rated a slow 7.

The first runner for the team will be Cracker Night heading out in race six in a benchmark 55 handicap over 1600m, to be ridden by Andrew Adkins jumping from barrier 4.

Cracker Night began his preparation with a fourth at Taree on a slow 6, and last time out landed the prize at Port Macquarie, racing in a forward position the four-year-old gelding took off in the straight with Taylor Marshall aboard, taking out the 1500m event in a time of 1:32.48 with the last 600m clocked at 34.82.

The following race(7) will be the XXXX Gold benchmark 55 handicap over 1000m,  will see Magic Flight returning from a spell with Alan Chau in the saddle jumping from barrier one carrying 54 1/2 kg.

Magic Flight is a three-year-old chestnut Filly who was last seen running sixth of nine at Coffs Harbour early January when ridden by Daniel Edmonds.

The filly displays handy first up form, with two placings from three outings however she is not comfortable in rain effected going, so Marc will decide on Tuesday if she is to go around or not.

All the best to connections at Taree on Tuesday.