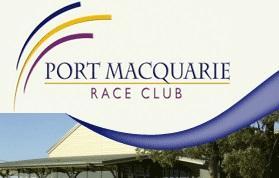 Two Marc Quinn runners will contest for the prize on Sunday, 18th of March at a meeting held on their home track of Port Macquarie with fine conditions forecast on a track rating of  a Dead 4 current with the rail in the true position.

The first of those runners will be Explosive Scene to contest race five on the card in a benchmark 50 handicap over 1200 m with Andrew Adkins to ride jumping from an awkward barrier 14.

Explosive Scene returns to competitive racing after a handy preparation last time in, with the three-year-old Bay gelding winning at his first start at Port Macquarie over 1110m, and before spelling ran a second of 11 at Taree over 1250m when ridden worse than midfield in that event to finish 0.5 lengths off the winner on that occasion.

The race on Sunday carries a Bob's bonus of $5000 and Explosive Scene is the only horse in the event that is eligible for that bonus.

Race six on the program will see the second Marc Quinn entrant in a benchmark 55 handicap over 1500m with Sharky, wearing saddle cloth 7 jumping from barrier 4 with Andrew Adkins aboard controlling  the three-year-old gelding.

Sharky has had three races  this preparation starting his campaign at Port, running second in a small field early April, and at the same track ran sixth of 14 over 1200m in a blanket finish failing by 1.2 lengths in that outing.

Marc has altered Sharkys gear for this outing removing the blinkers for the first time.

The stable would like to wish all connections the best of luck at the meeting on Sunday.