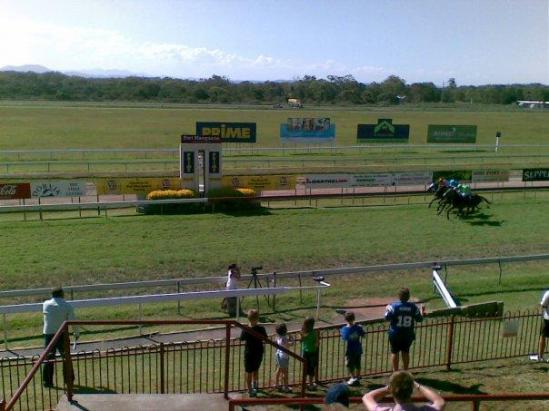 Marc Quinn will saddle up two runners at the Port Macquarie race club meeting on Friday, 27th of June, with race three hosting first starter Zinging in 1106 meter maiden plate with Andrew Adkins aboard jumping from barrier three in a field of 12.

Zinging is a two-year-old chestnut Filly, lining up for her first look at competitive racing, following a Taree barrier trial over thousand meters where she finished fifth of 8,  6 .4 lengths off the winner of that heat, and was last seen again at Taree finishing fifth of eight over thousand meters on a Dead track, finishing five and half lengths off the winner on that occasion.

The final runner for the stable will come out in race six in a benchmark 55 handicap over 1506m with Explosive Scene jumping from barrier two in field of 12 with Allan Chau aboard.

Marc has altered the gear for this outing adding a Tongue Tie for the first time.

The Marc Quinn stable would like to wish both runners and connections the best of luck at the Port race meeting on Friday.