First Class To Rio, Via Taree 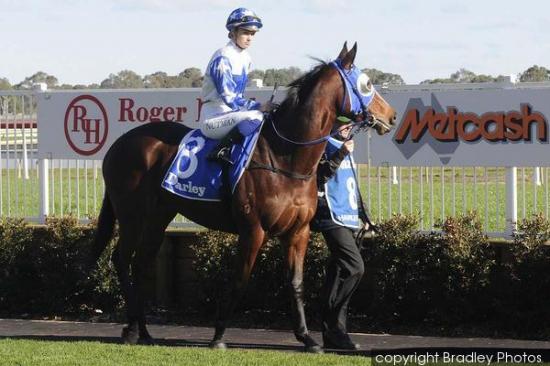 The Marc Quinn yard will supply one thoroughbred in the form of First Class To Rio to the Taree-Wingham race club meeting to be held on Sunday, August 24 with overcast conditions currently displaying a track condition of a Dead five.

The Quinn yards soul runner will be the consistent first class to Rio heading out in the Saxby soft drink F and M class one handicap over 1250 m with Andrew Adkins to pilot, claiming off the 61 1/2 kg allotted jumping from barrier six in a field of 14.

First Class To Rio is a five-year-old Bay mare, having start number seven with one x win and three x placing earning prize-money in excess of $24,000

She was last seen running at Taree August 12 over 1265 m when Adkins piloted her to a second of 10, 2.3 lengths behind the eventual winner Lukey, with form stacking up as Lukey took out an event at Taree yesterday in fine style.

Marc Quinn would like to wish connections of First Class To Rio the best of luck at the Taree meeting on Sunday.