Great Effort By Towkash To Finish Third At Coffs Harbour 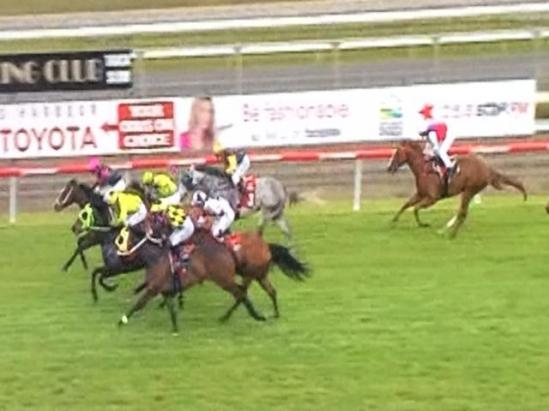 Marc Quinn saddled up Towkash for the Coffs Harbour race meeting to be held on Monday, September 22nd, in a class one combined maiden plate over 1900 m with Alan Chau  aboard jumping from barrier 11 in the field of 12.

On leaving the barriers Towkash would settle at the rear of the field, and coming past the post the first time around it was Remember Dynamic at odds (70-1) in first position leading the field into the first turn with Excellent Morning in second, One Wish At A Time was third, and Walkingintheair was in forth position leaving the straight.

Coming round the back with 900 behind them & 1000m to the finish, it was still Remember Dynamic out in front, Excellent Morning was third, Walkingintheair was third without cover and One Wish At A Time was tucked in underneath that runner with the Marc Quinn prepared Towkash starting to move forward with 3runners behind him.

As the staying types cornered for the run in Excellent Morning was controlling terms, Jacks Kiss had entered the fray, Remember Dynamic was working out of it and Allan Chau was asking Towkash for an extra effort out wide.

Coming to the midway point of the straight Rex The Weapon kicked and although Welsh Poet hit the line well with Towkash, Lady With Spurs and Belisama late on the scene, it was Rex The Weapon landing the prize a nose to Welsh Poet, with Towkash a neck away, in a much improved effort to indicate that Marc has him heading in the right direction, and a win may well be near over ground.