Two Stable Runners To Compete At Port On Saturday 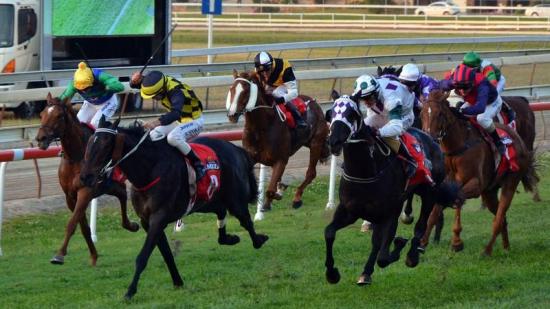 The Marc Quinn stable will supply two thoroughbreds to the local Port racing club meeting on Saturday, October 11 with fine weather conditions expected racing on a good three with the rail in the true position.

The first of the stable runners will be Towkash entering in race five in a class one combined maiden plate over 2000 m with Alan Chau aboard jumping from barrier three in a field of 13.

Towkash has had a few runs in since joining the stable and is prepared for this outing via a 10th of 12 at Taree on September 15 when ridden at the rear of the field over 1614 m finishing 11.3 lengths off the winner, then headed to Coffs on September 22 over 1900 m on a slow six again ridden at the back of the field to go down narrowly on the line, sprinting home the final sections to finish just under half a length third of 12 in a race time of 2:03 .39 with the last 600m in 38.58.

The final runner for the stable will see Stradance first up from a spell in race seven in a BM 55 handicap over 1200 m with Andrew Adkins jumping from barrier eight in a field of 14.

Stradance is a four-year-old Bay mare having start number nine with two wins and three placings earning prize-money in excess of $29,000, she has performed well at the track and that the distance with her first up record showing 2 starts for one third.

The stable would like to wish all connections of these runners the best of luck at Port on Saturday.