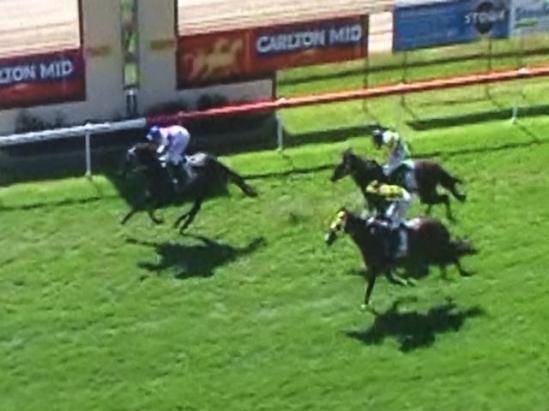 Towkash come out in race five in a combined class one maiden plate over 2000 m with Alan Chau to ride jumping from barrier three in a field of 13.

As the gates drew back Alan Chau relaxed Towkash out the back and on settling past the post the first circuit Goodooga led the field out MattyJay was in second Dancing Paris was third and Pin High was in fourth, with Towkash some 10 lengths back on the PVC with proceedings unfolding before him.

Coming around the side the leading bunch was separated from the tail-enders with MattyJay rounding for the judge in front, Goodooga was second Sonneteer was running on from the rear to be prominent temporarily and Chantilly Prince was fourth with the Marc Quinn trained Towkash being asked for an effort and in the interim was starting to respond.

Heading for the judge Stay Positive was off and gone with a cracking effort from well back by Towkash landing second and Chantilly Prince rounded out the trifecta.

Towkash has displayed in recent runs that he is heading in the right direction and based on his efforts on Saturday he may be looking for further. Solid effort.