Falklands Returns To The Gold Coast On Saturday 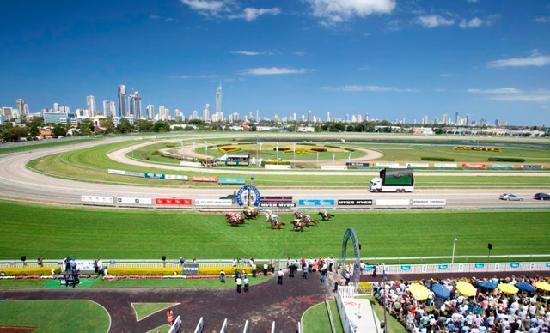 Marc Quinn will head back to the Gold Coast turf club on Saturday, November 15 with last start venue winner Falklands taking part in race five at 3:10 PM in the Garrard's Horse & Hound BM 85 handicap over 1800 m to be reunited with Chris Whiteley jumping from barrier one in a field of 12.

Falklands is a six-year-old gelding having start number 39 with six wins and 13 placings earning prize-money in excess of $213,000 recent trips to the races have seen Falklands contest in the Port Macquarie Cup over 2000 m finishing eighth of 12, 4.6 lengths off the winner when ridden by Raymond Spokes in a race time of 2:02.49, and was last seen at the Gold Coast track finishing first of six on November 1 over 2200m in a BM 75 with Chris Whiteley aboard landing the prize by a quarter of a length in a race time of 2:20.05 with the last 600m in 37.76 when taking charge early in the event to dictate the race on his terms.

The stable would like to wish connections of Falklands the best of luck on Saturday at the Gold Coast.