Zinging & Towkash To Compete At Port On Tuesday 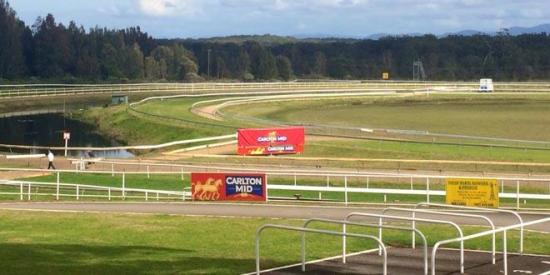 The Marc Quinn racing stables will race locally at the Port Macquarie race club meeting on Tuesday, November 25, with fine weather predicted racing on a good three with the rail in the true position the entire circuit.

The first of the stable runners will come out a race 2 at 1:35pm in an F and M maiden plate over 1200 m with Zinging second up from a spell to be ridden by Andrew Adkins jumping from barrier 12 in a field of 14.

Zinging is a three-year-old chestnut having raced on three occasions for one placing earning prizemoney of just over $3000, she finished up last preparation with a ninth of 12 at Taree on July 14 over 1257 m finishing 6.6 lengths off the winner and returned this prep with a nice effort on November 14 at Port finishing second of 12 over 1106m with Andrew Adkins aboard landing one length behind the winner in a time of 1:07.65 with the last 600m 35.15.

The final runner for the team Towkash will come out in race 4 in a BM 50 handicap over 2000 m with Allan Chau  aboard jumping from barrier 10 in a field of 14.

Towkash is a five-year-old gelding having start number 16 with one win and three placings earning prize-money in excess of $13,000 he has raced honestly this time in, with his last four outings finishing third of 12 at Coffs second of 13 at Port with a recent run at Lismore finishing sixth of 11 on October 20 over 2100 m finishing 6.7 lengths behind the winner on that occasion and was last seen racing at Port on November 14 over 2012 m when ridden by Allan Chau landing the second prize from 12 starters, when ridden out the back in the early stages to come firing home, going down by 3 1/2 lengths in a race time of 2:04.53.

The stable would like to wish connections of both these runners the best of luck at Port on Tuesday.