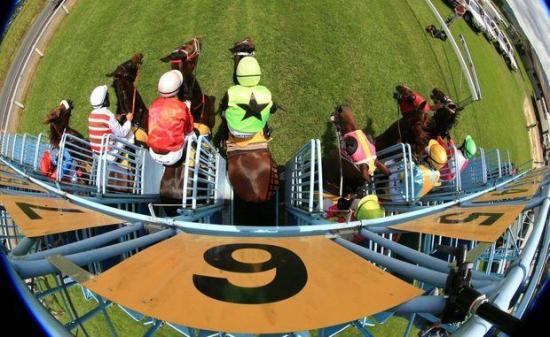 The Marc Quinn racing stables at Port Macquarie will make the trip to Coffs Harbour racing club on Friday, December 5 with fine conditions forecast racing on a good 4 with the rail in the true position.

Our Ruby Rose is a four-year-old Brown mare having joined the stable last time out having had eight previous starts for one win and two placings earning prize-money in excess of $14,000.

Before coming to the stable she raced at Rockhampton over 1200 m finishing 2.8 lengths behind the winner (seventh of eight) and was last seen at Port on November 14 finishing nine of 12 over 1206m in a BM 50 ridden by Allan Chau landing 4.4 lengths off the winner in the time of 1:12.86.

Marc has made a gear change for this outing by removing the blinkers and and the cross over nose band.

The second stable runner Thiltre is a three-year-old chestnut Filly having started on seven occasions for one win and one placing earning prize-money in excess of $18,000, recent trips to the races have both been at Port with the first of which finishing six of 10 over 1512 in a BM 50 when ridden by Sam Clenton finishing  4.4 lengths off the winner and was last seen midfield six of 12 over 1206m when ridden by Andrew Adkins finished 3.6 lengths off the winner in a time of 1:12.86 with the last 600m in 35.93.

The final runner for the team Cultural returns from a spell to be ridden by Andrew Adkins jumping from an awkward barrier 13 of 13 in race eight at 5:30 PM in a BM 65 handicap over 1200 m.

Cultural is a five-year-old Bay mare having start number 16 with four wins and six placings earning prize-money in excess of $65,000.

The team at Marc Quinn racing would like to wish connections the best of luck with the runners at Coffs Harbour on Friday.