Thiltre To Compete At Taree 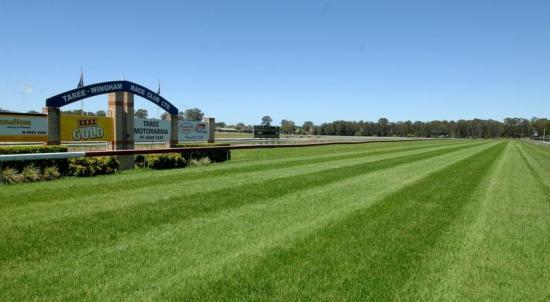 The Marc Quinn racing stables will supply one runner to the Taree-Wingham race club on Sunday, 21 December with the weather predicted to be fine the rail is in the normal position racing on a good 4.

The soul stable runner will come out in race one at 1:15 PM in a three-year-old country plate over 1250 m with the Thiltre,  second up from a spell to be ridden by Andrew Adkins jumping from barrier four in a field of 9.

Thiltre is a three-year-old chestnut Filly having started on seven occasions with one win and one placing earning  prize-money in excess of $18,000, recent trips to the races have been at Port on November 14 over 1206 m when ridden by Andrew Adkins finished midfield six of 12 3.6 lengths off the winner and was last seen barrier trialling on December 9 at Taree finishing seventh of 7, 7.6 lengths off the winner over a thousand metres in a time of 59.86 when ridden by Adkins again on that occasion.

The stable would like to wish connections of Thiltre the best of luck at Taree on Sunday.