Stable Runners To Compete At Grafton On Monday 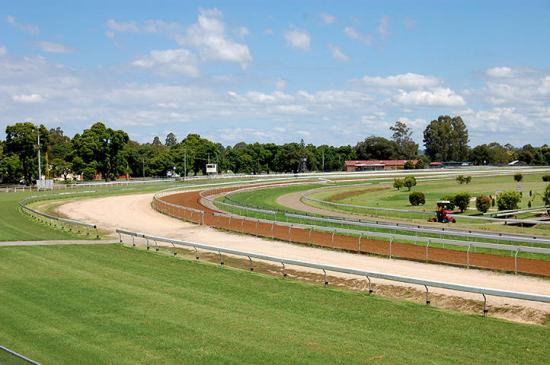 Marc Quinn has accepted with three stable runners for the Grafton race club meeting on Monday, February 2nd,  with fine conditions predicted racing on a soft 6.

The first of the stable runners will come out in race 1 with Banknote Beau contesting a maiden handicap over 1002 m with Andrew Adkins aboard relieving 2 kg off the 58.5 kg allotted jumping from barrier 13 in a field of 14.

Banknote Beau is a three-year-old chestnut gelding having start number two with one placing earning prize-money in excess of  $600, since contesting two barrier trials, he has been to the races on one occasion on January 1 finishing third of 7 over 1106m on a soft five with Adkins the pilot landing 2 1/2 lengths from the winner in a race time of 1:07.56.

The next stable entrant Thiltre will come out in race 5 jumping from barrier 6 in a field of 12.

Thiltre is a three-year-old chestnut Filly having start number 10 with one win and two placings earning prize-money in excess of $20,000 since returning this preparation she has raced at Taree on December 21 finishing third of 9 over 1250m landing 2.4 lengths behind the race winner and was last seen on January 1 finishing seven of 12 over 1206m with Andrew Adkins in charge finishing eight lengths off the winner in a race time of 1:13.08.

The final event on the card will see Explosive Scene eyeing the prize in a class one handicap over 1202 m with,  Explosive Scene is first up from a spell with Alan Chau on board jumping from the 7 alley wearing saddle cloth 6 in a field of 14.

Explosive Scene is a four-year-old Bay gelding having start number nine with one win and one placing earning prize-money in excess of $14,000, since returning this preparation is trialled once at port on January 8 finishing second of seven over a thousand metres in a heat time of 1:01.07.

The stable would like to wish connection of these three competitors the best of luck at Grafton on Monday.