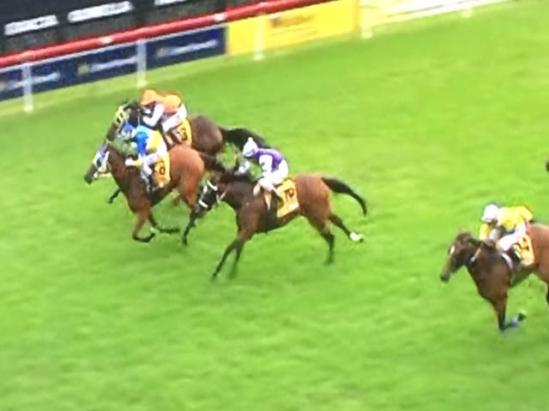 The Marc Quinn prepared Explosive Scene headed to Grafton in race eight in a class one handicap over 1202 m with Alan Chau on board the four-year-old jumping from barrier seven field of 14.

After an even dispatch it was Cent To Be Good who was the early race leader with Clemmensen on the rail in second Sams Jewel was a length and a half back or so in third with Ruling Queen fourth underneath runners as Alan Chau had Explosive Scene worse than midfield one-off plastic.

The pace up front was on in earnest with no alteration in the order apparent, cent To Be Good was still prominent as was Clemmenson, SAMs Jewel, Ruling Queen, Mosgiel Lucy and Explosive Scene was taken off the fence and was looking for a way through under the urgings of his partner.

Heading to the line it was the erratic Cent To Be Good who was resenting the persuader as Explosive Scene made a run between gallopers to secure a run and land the prize on the line a half length to Cent To Be Good with a further neck to Mosgiel Lucy in third.