Explosive Scene To Compete At Grafton On Monday 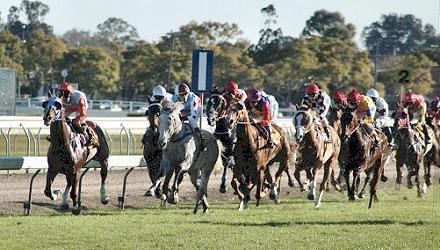 Marc Quinn will head to the Grafton Clarence River Jockey club on Monday, February 16 with overcast conditions forecast racing on a soft five with soul stable runner Explosive Scene coming out in a class three handicap over 1410 m with Alan Chau aboard jumping from barrier 4 in a field of 14.

Explosive Scene is a four-year-old Bay gelding having start number 10 with two wins and one placing earning prize-money in excess of $22,000, after spelling last preparation he returned to a trial at Port over a thousand metres with Andrew Adkins aboard arriving three quarters of length behind the heat winner, second of seven in a time of 1:01.07, and was last seen at Grafton when ridden by Alan Chau finished first of 14 on February 2 landing the prize by half a length in a time of 1:10.20 the class 600m in 35.24.

The stable would like to wish connections of Explosive Scene the best of luck at Grafton on Monday.