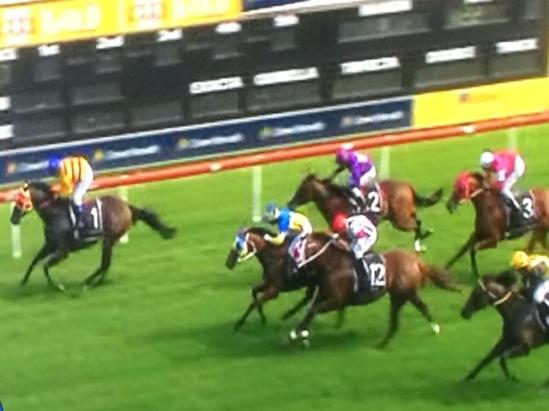 The Marc Quinn prepared Explosive Scene headed out in race seven on the Grafton card over 1410 m in the friends of Tracy Lee class three handicap with Alan Chau aboard the last start winner jumping from barrier 4 in a field of 14.

As the runners exited the barriers Can He Rap was first into stride Forewarned was outside of Barley Lover in third with Hydration back between runners as Explosive Scene settled worse than midfield with a clear passage traveling by himself around the back of the course.

Travelling into the side Forewarned was the race leader with the field spread out 9 to 10 lengths and rounding the bend Can He Rap was sneaking up on the inside in second, still their was Hydration tucked in behind those runners with Sound World coming to the outside, as Chau got his runner to the outside for the run home on straightening.

Into the straight Forewarned and taken off and was looking all over the winner, Explosive Scene had got out of the pack and was running on resolutely with the Hum off its hip and as they hit the line it was... Forewarned by a length and a half to Explosive Scene on the inside of The Hum with race favourite Barley Lover coming in fourth.