Stable Runners For Port On Friday 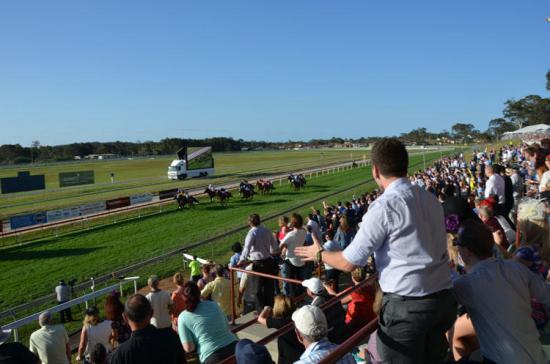 Marc Quinn will supply two runners to the local Port racing club meeting on Friday, March 6 with the track condition currently a good 4, the rail is in the true position the weather is predicted to be fine and warm.

The first of the stable runners, Thiltre will come out in race five in a class one handicap over a thousand metres with Alan Chau in charge jumping from barrier 13 in a field of 14.

Thiltre is a three-year-old chestnut Filly having start number 11 with one win & two placings earning prize-money in excess of  $20,000 last time at the races she raced at Grafton on February 2, finishing midfield six of 12 over 1202 m with Cassandra Schmidt the pilot landing 2.7 lengths behind the winner in a time of 1:11.09.

The final runner Explosive Scene will come out in the country Championships qualifier over 1200 m with Alan Chau aboard jumping from barrier 2 in a field of 14.

Explosive Scene is a four-year-old Bay gelding having start number 11 with two wins and two placings earning prize-money in excess of $25,000, after winning at Grafton on February 2 over 1202 m he headed to Grafton on February 16 finishing second of 14 over 1410 m with Alan Chau in charge landing 1.3 lengths behind the winner in a time of 1:23.33 with the last 600m in 34.71.

The stable would like to wish connections of all these runners the best of luck at Port on Friday.