Explosive Scene To Compete At Grafton 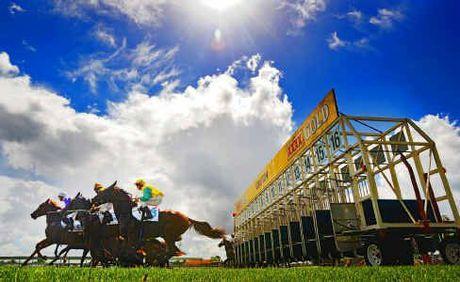 Marc Quinn will supply one runner in the form of the Explosive Scene to the Grafton-Clarence river Jockey club on Friday, April 24 with fine conditions forecast racing on a soft five the rails is in the true position.

Explosive Scene will come out in race six in a class three handicap over 1600 m with Alan Chau aboard jumping from barrier five in a field of 13.

Explosive Scene is a four-year-old gelding having start number 13 with two wins and three placings earning prize-money in excess of $47,000, after a very tidy preparation this time in, he was last seen at Randwick in the final of the country championships when ridden by Damien Oliver competed over the 1400 meter distance finishing midfield 8 of 16, 7.4 lengtgs off the winner in a race time of 1:24.44 with the last 600m in 37.22 racing on a heavy 8.

The stable would like to wish connections of Explosive Scene the best of luck at Grafton on Friday.